We had lots of visitors on Saturday, friends and family, which was just wonderful with lots of cooking, experimenting with new dishes, and I was especially happy with some gluten and dairy free recipes.

However now, a day and a half later without cooking since then (there were lots of leftovers)  and I’m climbing the walls. I have a great deal else to do but I can’t get motivated without a little kick start of baking.

I saw a recipe a few days ago for oat bread. It looked quite impressive, oats are supposed to be really good for you, lower cholesterol and all that, so thought I’d give it a try.

First cook your porridge. I noticed then that the recipe called for 2 tablespoons of agave syrup – for just one loaf it seemed a bit excessive, so used 3 teaspoons of molasses instead. I hope I haven’t ruined it.

It’s mixed up now and on the rise for the requisite hour, then it has to be placed (more like poured, it’s a very wet dough) into a loaf tin and left to prove for 8 hours or more in the fridge before baking.

Yesterday I could finally no longer stand the state of the pantry in the house and had a serious culling of ancient ingredients lurking inside. I couldn’t bear to waste the dried fruit though. Then I remembered the boiled fruit cake I used to make decades ago.

A friend of ours back then, an older man, had a great fondness for a good, really moist, preferably sunken in the middle fruit cake. I used to make it very often for him and each time he would critique it – it became a bit of a game in the end.

I added extra liquid, usually by way of alcohol, and once the mixture was poured in the tin, I would pick it up and slam it onto the bench really hard several times, hoping that it would then have the sink factor.

Robert was pretty fond of it too, and so have just made an updated version this morning, as coincidentally there was some older butter in the fridge, also in serious need of being used.

How it will all turn out in the end I don’t know, but all least I’ve had my baking ‘fix’ for the day.

Incidentally, the fruit cake, if made into a loaf, was really, really good sliced and served with a cheese almost as strong as a Stilton. Strange but true.

Here are photos of the initial stages of baking in progress – if they turn out ok, I’ll post the finished product. If they don’t appear, you’ll know I should never have messed with the recipes in the first place. 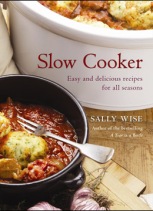