Before the heat of the day drives everyone inside to the comparative cool, Robert is picking jostaberries and black, red and white currants. He is assisted by Poppy the Puppy and old Tom as you can see. 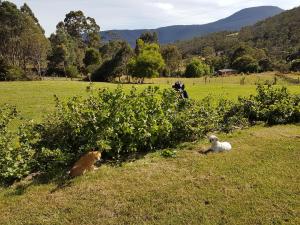 The cooking school kitchen is a welcome haven from the heat with its very effective air con, so it’s a great place to fill in the afternoon doing a little experimentation and preserving.

First, a redcurrant/white currant jelly, delicious for toast or scones, also good as a glaze for fruit tarts. 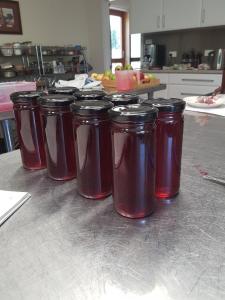 Jostaberries are in the process of being made into jelly. 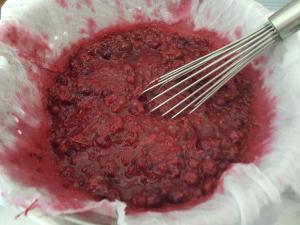 If you have not tasted jostaberry jelly, you have not lived, truly. It carries the hint of gooseberries, though not so acidic as a straight gooseberry jelly would be (this is a good thing) and the intense pungency of the blackcurrant component of the fruit is balanced by that gooseberry element, so it really is something special.

(Jars of each of these will be out on the stall at our gate tomorrow).

The blackcurrants were made into a base for a blackcurrant beer. Robert used a fairly neutral beer kit base, using quite a lot of the blackcurrant ‘essence’ we’d made to flavour it, hoping it will be the dominant flavour of the brew.

After that, I got quite carried away and invented an essence that would keep, to have on hand for this purpose in the future.

Then it occurred to me that the whole watermelon I’d bought on special (as you do) to make granita over Christmas – it never eventuated.

It just so happened that I recently bought a wonderful juicer at the New Norfolk Saturday Market, it only cost a mere few dollars. 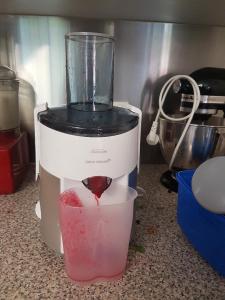 The watermelon was duly juiced, a little lemon juice added, bottled and preserved. If it works, can’t see why it won’t, then there can be plenty for granitas in the future, or just to drink for that matter, tastes very good indeed.

Unfortunate that all this activity makes a mess that has to be cleaned up. Thankfully Robert came to the rescue and it was done in a trice. It was all worth it in the end anyway I figure.

A few little pieces of the melon were kept aside for dear old Ramekin the ram. He is toothless now and on such a hot day, he really appreciated a few pieces of juicy watermelon to suck. 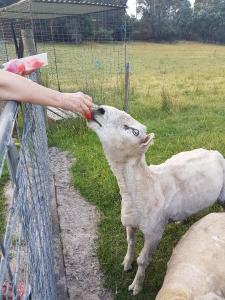 At the end of all this, poor old Tom was exhausted and is napping on the couch on his favourite blanket.

Now I just have two batches of ginger beer to bottle before bedtime.

Up early tomorrow to water the garden and then to finish picking the walnuts, a process started a week ago.

Then there will be bucketfuls more of jostaberries and currants to process from tomorrow morning’s pickings, and whatever am I going to do with the bumper our of rhubarb??

Sally Wise OAM is a bestselling cookbook author, a regular guest on ABC radio and the brains behind the Sally Wise Cooking School in Tasmania's Derwent Valley.
Find out more
Loading Comments...
Comment
×
%d bloggers like this: